The anatomy of a mimetic smear 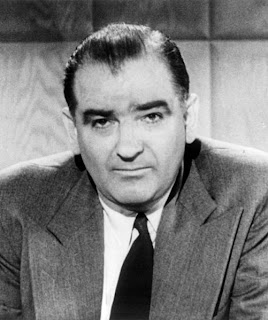 I’ve been curious about the accusation–which can be found in almost any comment thread on a media website–that Obama wrote a “foreword” for the William Ayer’s book, A Kind and Just Parent: The Children of the Criminal Court. The rumor is obviously false, as the book doesn’t even have a foreword (but does have two five-star reviews. I wonder how long that’s going to last).

So where did the rumor come from?

The best I can tell is that Obama reportedly read the book; Ayers does mention “writer Barack Obama” as one of his neighbors in its pages, which at least one enterprising anti-Obama site claims, unpersuasively, provides evidence of their deep and abiding friendship.

A number of commentators have noted something significant about this last-ditch attempt by the McCain campaign to snatch victory from the jaws of a crushing defeat. In essence, we’re watching the content of anti-Obama viral emails making the leap to the mainstream, courtesy of not just the McCain campaign, but also a Fox News Channel which has decided to drop all pretense of being anything other than a Republican propaganda outlet.

This is a deeply dispiriting moment in American politics, particularly as it unfolds in the midst of an increasingly unsettled economic and security environment. From the financial meltdown to the deteriorating war in Afghanistan, from North Korea’s saber-rattling to worsening US-Russian relations, we live in very serious times. They deserve a serious campaign.