Moscow in the Meddle

Between the burning Amazon and burning Siberia, Brexit clustercoitus and Hurricane Dorian, there is still some space in the tired news cycle for the tear gas in Hong Kong and broken limbs in Moscow protests. Elections to the local parliament in Moscow have proved unexpectedly difficult for the ruling vertical: by refusing to register oppositional candidates for made-up reasons, the election committee and the Mayor’s office drastically underestimated mobilisation capabilities of the opposition. Result: over a month and a half of “unsanctioned” protests in the city center, police brutality, several high-profile arrests and mass prosecution of random bystanders who happened to be in the melee.

The protests in Moscow are a very local thing, but they are also indicative of a growing dissatisfaction among the Russian population that has manifested in region-specific unsanctioned protests that usually start with seemingly unpolitical issues: landfills in Arkhangelsk and Moscow region, a mall fire in Kemerovo, church construction in Yekaterinburg. Unlike the 2011-2012 protest wave that spread all over Russia, or the more recent pension reform outcry or anti-corruption rally against Prime-Minister Medvedev in 2017, these protests are about several oppositional candidates to the local Moscow parliament – a body with relatively little clout. Moscow electoral committee consistently refused to register oppositional candidates citing allegedly falsified citizen signatures, while the ensued brutal crackdown of the protests only added fuel to the fire.

Live footage of violent arrests, an absolute insane number of police forces and National Guard that most likely outnumbered the protesters in spades, repressive measures by the universities (!) whose students were arrested for the rally organization, did not make Moscow or Russia look good. Moreover, there is an important difference between Hong Kong and Moscow: Russian protesters are consciously trying not to block public transportation routes and the work of governmental buildings or shops, so the accusation of “mass riots” and property damage that is supposed to justify the “yellow vest” level of police brutality is especially galling.

What do Russian media cry? They cry wolf. I mean, West. For starters, the American Embassy allegedly published the protesters’ route and thus was involved in the organization of the rally. The provocateurs obviously strived for a “brutal and striking image” for domestic audience and for the politicians in the West. And most protesters are “not registered in Moscow” anyway, “were educated in the American young leader program” and were “controlled by their curators in social media”, “many from Ukraine” in order to organize a “Maidan” in Russia. Also, didn’t you know that you have similar protest legislation in Sweden and the UK?!

The problem with this narrative is that it is quickly falling apart. Some arrested protesters were let go. Some independent candidates got registered. Even some of Putin’s allies are saying that not letting real opposition run in the Moscow election is dangerous, which probably means that the cliques in Putin’s circle haven’t agreed on one course of action in the face of growing popular discontent.  There are no burnt cars or smashed shop windows, but there are distraught parents of arrested students standing in one-person pickets in front of the Mayor’s Office. And that’s one brutal and striking image. 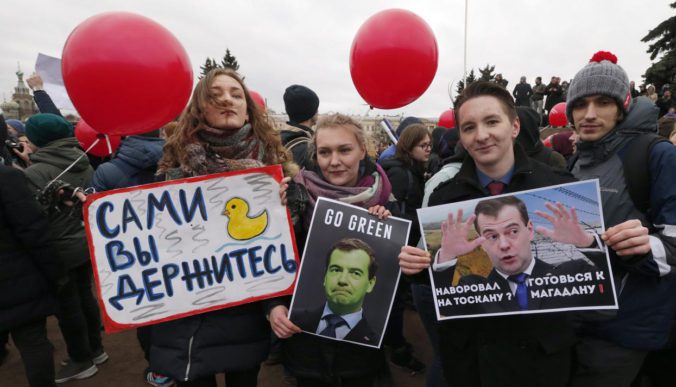 I know most of you are busy watching the all-too-real reality horror show of the 45th administration, but there has been some interesting news coming  out of Russia (sorry, no meteorites or Putin’s nipples). On Sunday, somehow almost 90  thousand people went out on the streets in 87 cities all over Russia to protest against corruption. The unsanctioned demonstrations were met with brutal police crackdown with around 1000 protesters arrested in Moscow alone. To make matters worse, none of the TV channels reported the disturbances (apart from Russia Today, to be fair). Channel One spent about an hour on “news of the week”, castigating Ukraine, ISIS, discussing the London terrorist attack, Alaska sale to America and Rockefeller’s life among other things. Nothing to see here, move on.

END_OF_DOCUMENT_TOKEN_TO_BE_REPLACED 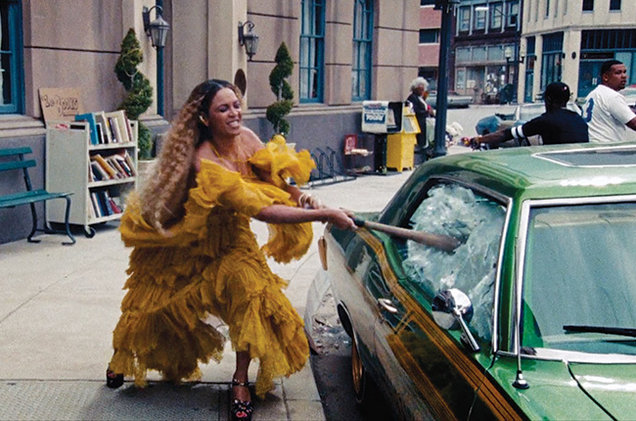 When President Trump and Press Secretary Spicer started to insist that the protest against Muslim ban [that is not a ban] was paid for, it rang a bell. This kind of rhetoric is a textbook reaction from an autocratic ruler who cannot believe that people would care enough about human rights to go out on the streets on their own. Unfortunately for all the autocrats in the world, people would. The success of the protest is hard to predict, especially in a democratic country, but if people are protesting against you, the first thing to do is to try and delegitimize it. Here is how.