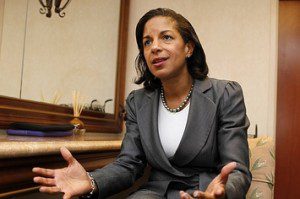 The core of Obama’s foreign policy has been to lighten America’s global military footprint and to redirect away from Bush’s flawed idea that we could “defeat” terrorism.   In other words, the gist of Obama’s foreign policy has been to  maintain pressure on groups like Al Qaeda and reduce their capabilities.  But, in the end, given America’s global posture, various types of terrorist attacks are probably going to happen.   The key is to maintain a steady approach and not over-react and overcommit — as Bush did in Iraq and elsewhere behind his “global war on terror.”

Overall, I think this is a solid, prudent, and reasonable approach.   However, this is generally where this administration gets into trouble.   One of the central flaws of the Obama administration has been is its tendency towards vacillating displays of arrogance, indifference, dismissiveness, and open disdain towards those that challenge what it concludes are its inherently “reasonable” positions.  While it seems clear that both President Obama and Secretary Clinton were deeply disturbed by the deaths of Ambassador Stevens and the others, the initial response also suggests that the administration did not see the attack as posing much more than the type of terrorist attack that is probably going to happen from time to time.   It was a pretty big deal, but not a really big deal.  If we’re looking for reasons why McCain and Graham are so angry about Benghazi, I think this is it.
END_OF_DOCUMENT_TOKEN_TO_BE_REPLACED