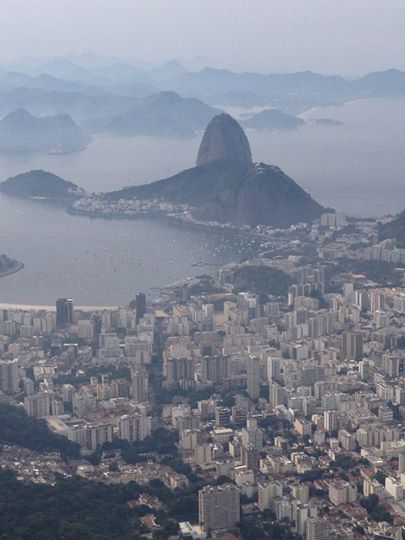 When I think about whether Brazil can be a major player internationally, even more important than it is now, I’ve generally been struck by the contrasts, between the rich cosmopolitan parts of Rio and the rougher, grittier favelas that intersperse the city. Similar contrasts abound between the Rio’s relatively nice beach neighborhoods (like Ipanema) and Belém. Belém looks like it has seen better days since the time when it was a major port city exporter of rubber. The agencies and individuals we met with here have treated us with great kindness and generosity, but the city itself has aging infrastructure, cracked sidewalks, inadequate sewerage, and a fair amount of garbage. END_OF_DOCUMENT_TOKEN_TO_BE_REPLACED 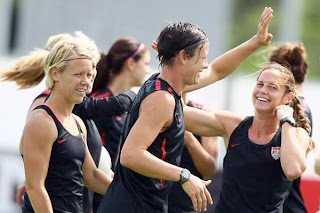 Since I see Dan is kindly filling in on Friday Nerd Blogging while I’m on vacation, my casual Fridays post this week (if it is indeed Friday, I really have no idea…) takes a different tack, following on an old tradition from my days at Lawyers, Guns and Money…

Quote of the week is from my youngest little nugget, quoted in an NPR story on how American kids are reacting to the Women’s World Cup:

“I’ve watched every one of their games. I’m pretty intense about it, because I don’t usually see the U.S. men’s team do very well.”

Now on Twitter, James Joyner objects to my son’s big-hearted, women-friendly kudos, stating rather condescendingly that the comparison is apples and oranges because these are

“very different levels of competition… our women are ahead of curve; men well behind it.”

Well, it’s hardly fair deny women the opportunity to play on co-ed teams with men and then use that as a way to dismiss their victories, but the fact that people like Joyner will do precisely that is probably the best argument for getting rid of gender apartheid in sports.

At any rate, Bill Plashke at the LA Times concurs – though only somewhat – with my son:

If I was asked to assemble a team of American athletes to compete against similarly composed teams from the rest of the world in any sport, the most important decision would be the easiest. I would take a team of women.

I would take a team that would play like a team, unselfish and unaffected, tough and tireless, playing for victory not credit, playing for each other instead of themselves. I would take a group like the U.S. women’s soccer team, and not because it is playing Japan on Sunday for the World Cup championship, but because of how it played in reaching this stage, stoic through their storms, sharing through their failure, winning not with shots off fancy feet, but passes off rock-hard heads.

I would take groups like the women’s teams that have won three of the four Olympic soccer gold medals, six of the nine basketball gold medals, and three of the four softball gold medals in such overpowering fashion that the International Olympic Committee eliminated the sport. I would take our women not only because Title IX has empowered them into a huge advantage over the rest of the world, but also because they consistently win in ways that our men sometimes neglect or ignore.

With their status often based on nightly highlights and rich endorsements, the men’s team athletes in this country are increasingly about themselves… Perhaps because they receive little of the attention and none of the riches, most of our women athletes are all about one another.

I do wonder if Plashke’s perspective begs the question though: are women’s teams better because they are women and women have some sensitivity toward cooperative play and teamwork that men lack? Are they better because they have to be in order to excel in the absence of “attention” and “riches,” as Plashcke puts it?

I am uncomfortable with these kinds of essentialisms and with the pro-gender-apartheid argument they support. And I don’t see them at the root of my son’s argument. For one thing, he knows better: he plays on a boys’ team that also rarely loses – and that will play later this month in the 3×3 U10 National Championship – due to the ethic of teammanship and cooperative play inculcated by its coach. So yes, cooperative play is better play, but men as well as women can learn these norms: it’s all in how they train and which values their fans support. Plashke’s argument is really a commentary on US sports culture, not the culture or biology of individual sports teams.

Nor do I think my son shares’ Plashke’s view that women are only doing well because they are subordinate – a view implying that equal attention, riches, even a chance to play on co-ed teams would change women’s sports culture for the worse. Rather, I see a young man who once internalized the notion that women’s sports were second best, simply because he had fewer opportunities to follow them in the media due to US sports culture, outgrowing this notion on the basis of new empirical evidence from individual US sports teams.

And empirical evidence for this proposition goes far beyond the anecdotal, as detailed in Eileen McDonagh and Laura Pappano’s pathbreaking book Playing With the Boys: Why Separation is Not Equal in Sports:

Dividing sports by sex doesn’t reliably reflect actual physical differences between males and females at all. Rather, it reflects antiquated social patterns and false beliefs. And what’s more, it reinforces, sometimes baldly, sometimes subtly, the notion that men’s activities and men’s power are the real thing and women’s are not. Women’s sports, like women’s power, are second-class.

(Nothing demonstrates that more completely than my utter inability to find a sports bar here in Bali covering the Women’s World Cup finals. The ‘real World Cup,’ as people around me call it, was to be found in every pub in the city last year when I was in Thailand.)

Playing With the Boys, by the way, has been hailed on Amazon by NOW President Kim Gandy as a “home-run”:

This book shows that coerced sex segregation in sports does not benefit women, and in fact holds back women who are fully capable of competing with men–and that flies in the face of U.S. ideals of equality. Readers will never think of Title IX in the same way again.

If the US Women’s team performance in the World Cup helps sell this argument to nine-year-old American boys, that’s a step toward transforming the gendering of US sports culture… and that will be a far more powerful source of change than Title IX ever was. If so, I’m all the happier.