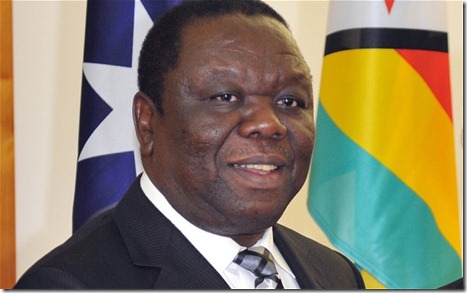 END_OF_DOCUMENT_TOKEN_TO_BE_REPLACED

The next attack today

Yesterday I was watching Colbert and former Sen. Bob Graham was on, discussing the recently released World At Risk, the report of the WMD commission he co-chaired. The headline of the report (which Graham reiterated in the interview) is to expect an attack using a WMD attack within 5 years, most likely a biological attack.

In Zimbabwe, there is a massive Cholera epidemic, over 60,000 are reported to have come down with the disease, and hundreds have already died, with several thousand potential deaths expected.

To discuss: How is what’s happening in Zimbabwe any different from a WMD attack?

If a biological weapon was unleashed–anywhere in the world–it would be a major international incident and significant media event. The recent attacks in Mumbai, with less than 200 total dead, have dominated world news.

Now, one can easily rehearse the attack vs. outbreak story, malicious intent vs. breakdown of ‘normal’ conditions, and so on and so forth.

But, the fact remain, this commission, forecasting something that may or may not happen, is garnering modest attention, while an actual outbreak of a biological killer is occurring in the here and now, the effects of which are not all that different from what a real bio-weapon attack might be, merits about as much, maybe less, depending on what you’re watching.

It is yet another example of what Steve Smith was talking about in his ISA Presidential Address. If you haven’t read (or re-read) Smith’s charge to the profession recently, you probably should.

It could be worse…

the peoples of the advanced industrial countries could live in Zimbabwe.

I bet the Icelanders didn’t realize that they had it so good.

Why Not Assassinate Mugabe? Why Not To.

Due to more than one misinterpretation of the original version of this post, I have altered the title and extended / clarified the argument, which now reads as follows:

In the wake of Mugabe’s “re-election,” political violence in the country is on the increase. Jake Farr Wharton has a modest proposal:

“Mugabe’s forces violently bullied and intimidated the people of Zimbabwe into a second election. Last week, Tsvangiri withdrew his candidacy, siting that he could not stand for president when anyone who voted for him, was doing so at a very real risk to their families lives. As such, Mugabe ran unopposed and won. The many people he had killed, maimed, imprisoned, held hostage and the villages he had destroyed devastatingly culminated in a win for him. The violent intimidation worked.

There are moral arguments to be made here. Politicians whose thugs burn little boys alive because their father supports the opposition don’t deserve the protection of sovereign immunity. And Ward Thomas has made a convincing case that the norm against assassinating heads of state has little ethical basis, since it protects the guiltiest civilians while often resulting in protracted wars that cost the lives of the most innocent or, at best (when wars are fought professionally) of soldiers who have often been conscripted. Besides, the CIA would no doubt dispatch him more humanely than his own people ultimately will… recall the untimely end of Samuel Doe, former President of Liberia.

So why not assassinate Mugabe? At Elected Swineherd, Empedocles harbors doubts on pragmatic, rather than moral grounds:

“Such an operation would likely leave an open door for widespread ethnic violence in its wake. What is needed instead is a UN or SADC (South African Development Council) peacekeeping deployment to coordinate humanitarian aid and a slow political transition.”

Hmm, s/he’s got a point there. The Rwandan genocide was tipped off by the apparent assassination of the Presidents of Rwanda and Burundi, after which the Tutsi population of the country was scape-goated, providing a pretext for root-and-branch massacres. Though, is Zimbabwe Rwanda? Or is it early Nazi Germany, where the stage is not yet set for full-blown genocide but the leadership has the power and political will to do so if not removed? And a peacekeeping mission? One was in place in Rwanda in April 1994.

[Even if these pragmatic concerns and potential alternatives are overblown, there is still an argument on ethical grounds to counter Wharton’s idea and Thomas’ ethical analysis. It is this: two wrongs don’t make a right. Promoting rule of law and human rights means no extrajudicial executions; the accused should be indicted, arrested, held, tried and only punished if they are found guilty. In theory, this standard should be no less true for statesmen and women than for the citizens we wish leaders like Mugabe would allow to enjoy these same rights. The problem with moral absolutism, some will say, is that it rarely is a recipe for proper statecraft.]

Perhaps the best (though perhaps also the worst) reason why not to go down this road is a self-interested one: to preserve the anti-assassination norm itself, which functions to protect the interests of the great powers, including the US, whose leaders are likeliest to be the targets of such attacks in the future; [and to protect the stability of the international rule-sets that have precluded great power war for sixty years.]

Which still begs the question of what should be done [to help the people of Zimbabwe].